Here are the details about the three ways tuition could translate into tax savings in 2018.

During the tax reform process, there were several proposals that called for modifying or eliminating certain education tax breaks. Fortunately for American college students and their families, most of the major tuition tax breaks are still in place for the 2018 tax year.

With that in mind, here’s a rundown of the three major college tuition tax breaks and their qualification requirements and one tuition tax break that can unfortunately no longer be used thanks to the Tax Cuts and Jobs Act. 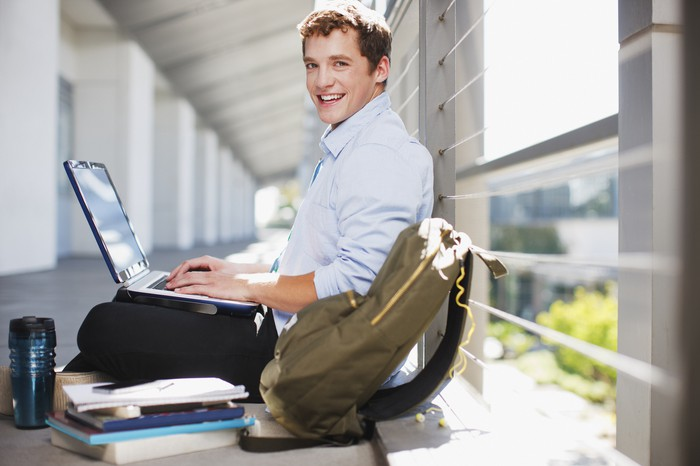 The American Opportunity Credit is the most lucrative tuition tax break, and it’s also the most difficult to qualify for. Specifically, to use the credit, the person the tuition is paid for must be:

Furthermore, the adjusted gross income (AGI) of the person claiming the credit must be $80,000 or less for single filers or $160,000 or less for married couples filing jointly. A partial credit may be available for people whose income exceeds these limits, but is less than $90,000 (single) or $180,000 (joint). These are known as the “phaseout” limits, above which the ability to take the credit phases out entirely.

If your qualifying tuition and other educational expenses meet these requirements, the American Opportunity Credit is worth 100% of the first $2,000 in qualifying educational expenses and 25% of the next $2,000, for a maximum tax credit amount of $2,500. And if your tax liability is reduced below zero for the year, $1,000 of the credit is refundable.

For the American Opportunity Credit, qualified expenses include tuition, student activity fees paid directly to the school, books, supplies, and equipment needed for a course of study. And they must be paid to an eligible institution — essentially any accredited public or private college, university, or vocational school that is eligible for a U.S. Department of Education student aid program.

It’s also worth mentioning that for all of these tax breaks, the IRS wants you to use the expense amounts paid during the calendar year, not necessarily the amounts that the school billed you for during the year. For example, if you pay the bill for 2019’s spring semester before the end of 2018, you can use it toward your 2018 tax breaks.

The Lifetime Learning Credit has tougher income restrictions and is not quite as valuable, when compared with the American Opportunity Credit. However, it is available to far more people who pay tuition.

I mentioned that the income restrictions are somewhat tough. The AGI limits for the full credit are $55,000 for single taxpayers and $110,000 for married couples filing jointly and the phaseout limits are $65,000 and $130,000, respectively.

The tuition and fees deduction

The third main tuition tax break is known as the tuition and fees deduction. I’ll get into specifics in a bit, but in a nutshell, this is mainly used by people who would otherwise qualify for the Lifetime Learning Credit but whose incomes are too high. Notice that the income thresholds for the full credit ($65,000 single/$130,000 married) pick up exactly where the phaseout limits for the Lifetime Learning Credit stop. The tuition and fees deduction disappears entirely for AGI above $80,000 and $160,000 for single and joint filers, respectively.

If you qualify, the tuition and fees deduction allows you to exclude up to $4,000 of qualifying expenses from your income, so the exact benefit depends on your tax bracket. And this is technically known as an adjustment to income, or an above-the-line deduction, meaning that it can be taken even if you don’t itemize deductions on your tax return.

If you’re still a bit confused about which is best for you, or which you can qualify for, here’s a side-by-side comparison of these three tuition tax breaks.

One lesser-known but valuable tuition tax break is going away

The Tax Cuts and Jobs Act eliminated a category of deductions known as “miscellaneous itemized deductions.” Among other things, this included unreimbursed employer expenses — a category that could be used to deduct the cost of certain educational expenses when the taxpayer’s income was too high to qualify for the other tax breaks mentioned.

Specifically, this deduction was allowed if the tuition was paid for courses intended to advance the taxpayer’s job. For example, a friend of mine who works in law enforcement used this deduction when he obtained a master’s degree for the specific purpose of qualifying for a promotion. Unfortunately, the 2017 tax year was the last time this type of deduction is possible.

The bottom line is that going forward, most tuition-related tax savings will take the form of one of the three tax breaks discussed here. If you aren’t sure if you qualify, or aren’t sure which one you should use, consult a tax professional who can help you evaluate your specific situation.

Something big just happened
I don’t know about you, but I always pay attention when one of the best growth investors in the world gives me a stock tip. Motley Fool co-founder David Gardner and his brother, Motley Fool CEO Tom Gardner, just revealed two brand new stock recommendations. Together, they’ve tripled the stock market’s return over the last 13 years.* And while timing isn’t everything, the history of Tom and David’s stock picks shows that it pays to get in early on their ideas.

Click here to be among the first people to hear about David and Tom’s newest stock recommendations.

This article was originally published by The Motley Fool, LLC and is available here.